Sports Hydration: What You Drink Can Impact Your Performance 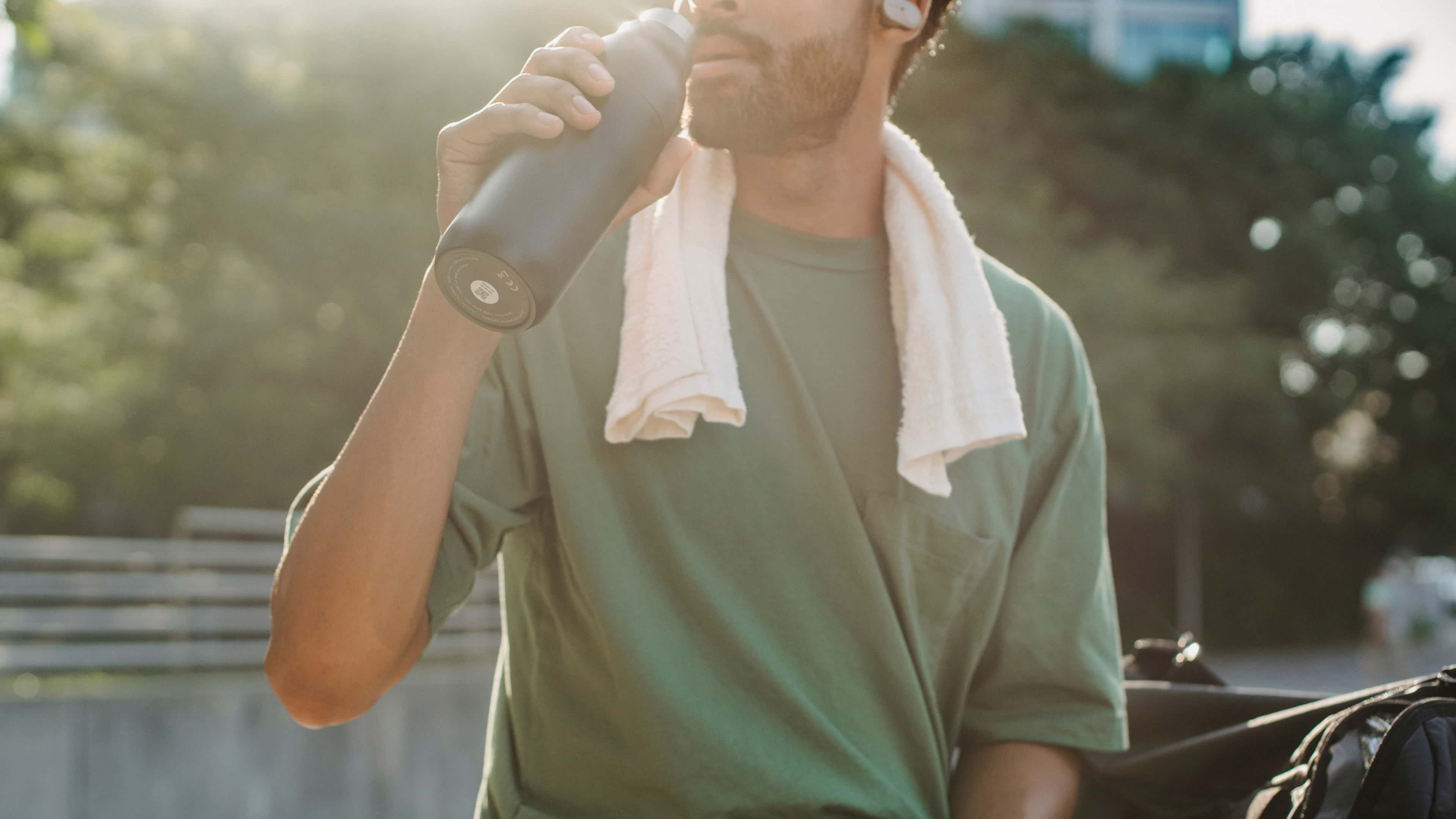 Sports Hydration: What You Drink Can Impact Your Performance

One of the basic tenets of a proper fitness and nutrition program is hydration.

Hydrating before, during and after exercise is essential for both performance and safety during physical activity. As researchers at the University of Connecticut Korey Stringer Institute note, maintaining an appropriate level of hydration — an euhydrated state — has been shown to increase performance. But how, exactly?

Effects of sports hydration on performance

The human body is made up of approximately 60% of water, so it’s unsurprising that proper hydration is crucial for essential functions, including ones that impact athletic performance.

According to a 2017 article titled “National Athletic Trainers' Association Position Statement: Fluid Replacement for the Physically Active” published in the Journal of Athletic Training, euhydration is defined at the state of optimal total body water content as regulated by the brain. In an euhydrated state, intracellular and extracellular fluid volumes are maintained with minimal physiological adjustment. The body's systems have been shown to function most efficiently in this state. It’s important to note that euhydration is not a steady state, but rather it is a dynamic state in which you’re in water balance. (Hyperhydration is a state of being in a water excess, while hypohydration is the state of being in a water deficit.)

Researchers for the Korey Stringer Institute determined that maintaining a euhydrated state can increase performance in aerobic exercise, anaerobic exercise, strength and power, allowing athletes to:

Regulating body temperature and heart rate through hydration is especially important, as a core temperature that rises above normal during exercise can place stress on the body. This stress can interfere with the body’s energy systems, and, in turn, negatively affects both performance and recovery.

On the opposite end of the spectrum is dehydration, which is defined by the National Athletic Trainers’ Association as the process of losing body water. Dehydration is influenced by exercise intensity, environmental conditions (such as temperature and humidity) and availability of fluids during exercise. According to Korey Stringer Institute researchers, once an individual loses 2% of their body mass from fluid losses, impairments in athletic performance are noticeable. These impairments become more extreme with greater levels of dehydration.

If you’re someone who exercises regularly or participates in sports or physical activities, you should consider an appropriate hydration strategy. This strategy should involve beginning each exercise hydrated, then working to minimize fluid losses during exercise and replace fluid losses after exercise. For example, an average person who works out regularly might aim to drink at least 16 fl oz of water two to three hours before exercise. About 30 minutes before exercise, that person might drink another 8 ounces of fluid (whether that’s water, a sports drink, a personalized hydration formula or a liquid protein shake). Then during their workout, they might drink roughly 8 fl oz of fluid every 10 to 20 minutes during exercise, then drink an additional 8 ounces of fluid 30 minutes after exercise. However, researchers note that hydration needs are not universal, so people should be aware of their own individual needs to maximize performance.  Drinking water throughout the day and a sports drink during activity is a good approach for an athlete looking to maintain hydration and electrolyte balance.

To better determine how much fluid to drink around the time of your workout, you should calculate your sweat rate so you know how much fluid you typically lose during activity. To get the most accurate sweat rate, hydrate before beginning a one-hour workout. Check urine for a light color, as starting a workout dehydrated will affect normal sweat rate. Weigh yourself and document your body weight before the workout. Exercise for one hour (type and intensity of exercise should be similar to the conditions in which you normally workout). During the one-hour workout refrain from drinking fluids. If water is consumed, weigh the water before and after the workout to determine the difference so you can get an accurate sweat rate. After the workout, weigh yourself again and calculate the body weight difference between pre- and post-exercise. Again, if water is consumed during exercise, subtract the water weight from the post-exercise weight. According to recent research, every 2.2 pounds a person loses equates to 1 liter of fluid loss (sweat loss). For example, if someone loses 5 pounds in 1 hour, their sweat rate is 5/2.2, or 2.27 liters/hour. A person’s sweat rate is the amount of fluid they should aim to replace during exercise. Simply put, for every pound lost, a person should replace with 2 cups of fluid.

After your sweat rate is calculated, you will know your fluid needs during exercise. The goal is to minimize fluid losses, or try to keep body mass losses less than 2%. Note: For people with high sweat rates (greater than 2 liters per hour), it will be difficult to replace all fluids during exercise because the stomach only absorbs approximately 1.2 liters per hour. Proper rehydration will likely take place after the workout.

How do I know if I’m properly hydrated?

There is no one method considered “the best” in terms of assessing an individual’s hydration status; however, there are a few methods that can be used to measure hydration level:

According to the National Athletic Trainers’ Association, early signs of clinical hypohydration and hyperhydration include:

Not only can intense exercise lead to dehydration, it also can cause the depletion of glucose and electrolytes. Fluid-energy-electrolyte replacement beverages (aka sports drinks, such as Gatorade) have electrolytes, which are minerals that carry an electrical charge and support hydration. Sodium, calcium, potassium, chloride, phosphate and magnesium are all electrolytes lost in sweat in varying amounts. Sports drinks also have carbohydrates, which improve the rate of intestinal uptake of sodium, which in turn favors the retention of water.

For an effective amount of electrolytes based on your workout frequency, intensity and sweat levels, consider looking into a personalized hydration formula. Gainful offers a high-performance formula of 4 electrolytes and cane sugar to hydrate faster than water alone. The formula comes in 21 convenient single-serve packs — all you have to do is just add to 8-16 oz of water. The caffeinated option contains 150mg of caffeine and 250mg of L-Theanine for a jitter-free energy boost, and the formula comes in two refreshing Lemon-Lime or Strawberry Lemonade flavors. These hydration packs are non-GMO and 100% plant-based, with no artificial flavors, colors, or sweeteners.

For additional post-workout replenishment and hydration, both water and protein shakes are two great fluid options to consume post-exercise as recovery drinks.

Still have questions about hydration, water loss, the best ways to rehydrate or how much water you should drink per day for optimal athletic performance? Let the experts at Gainful help. As part of your Gainful subscription, you have a dedicated Registered Dietitian on-hand who can answer any lingering questions you may have about sports hydration, as well as any questions you may have that relate to your wellness goals.

Never hesitate to reach out to the pros at Gainful — we are here to help you with every aspect of your fitness journey, hydration included.